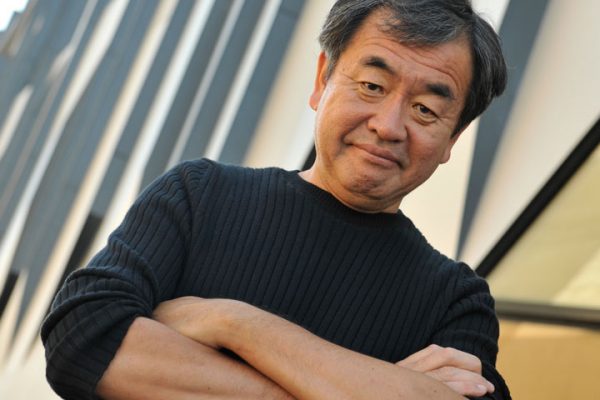 Architect, professor at the University of Tokyo

Kengo Kuma was born in 1954. Before establishing Kengo Kuma & Associates in 1990, he received his Master’s Degree in Architecture from the University of Tokyo, where he is currently a University Professor and a Professor Emeritus. Having been inspired by Kenzo Tange’s Yoyogi National Gymnasium, built for the 1964 Tokyo Olympics, Kengo Kuma decided to pursue architecture at a young age, and later entered the Architecture program at the University of Tokyo, where he studied under Hiroshi Hara and Yoshichika Uchida. During his Graduate studies, he made a research trip across the Sahara, exploring various villages and settlements, observing a unique power and beauty. After his time as a Visiting Scholar at Columbia University in New York, he established his office in Tokyo. Since then, Kengo Kuma & Associates has designed architectural works in over twenty countries and received prestigious awards, including the Architectural Institute of Japan Award, the Spirit of Nature Wood Architecture Award (Finland), and the International Stone Architecture Award (Italy), among others. Kengo Kuma & Associates aims to design architecture which naturally merges with its cultural and environmental surroundings, proposing gentle, human scaled buildings. The office is constantly in search of new materials to replace concrete and steel, and seeks a new approach for architecture in a post-industrial society. 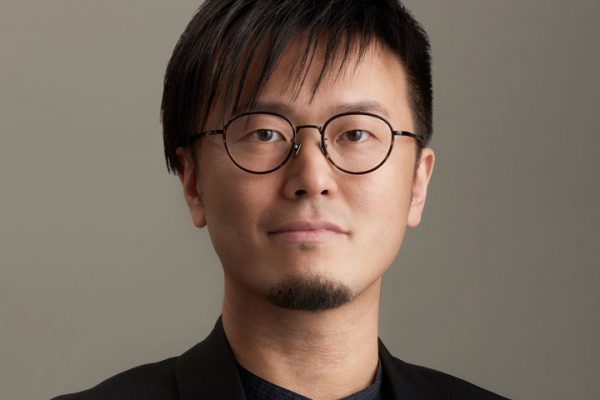 Representative of NOSIGNER. Evolution Thinking Inventor. Design strategist. Specially invited associate professor at Keio University. Has been involved in design activities aiming to create a beautiful future through design (social implementation of design) and to increase the number of innovators by clarifying the mechanism of ideas (structuring the knowledge of design). Has been awarded more than 100 international prizes. He advocates “evolutionary thinking,” which is based on biological evolution, to learn the mechanisms of invention, and which nurtures new reformers. 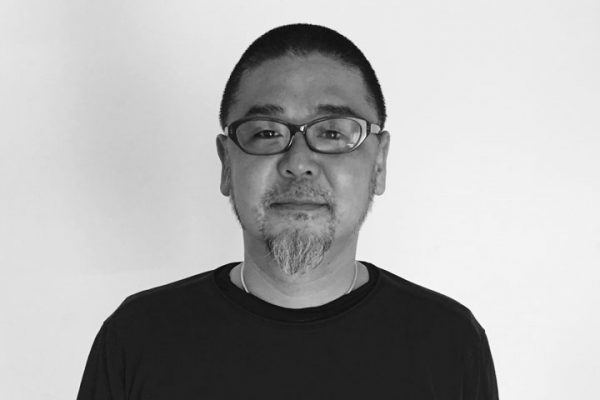 Born in Tokyo in 1969. Studied architecture from an early age under Shin Egashira. Since September 11, 2001, he has been creating patterns with the theme of “connecting” and has been exploring the boundaries of art, architecture and design. He has been creating crests and patterns based on simple geometric principles that can be reproduced with a ruler or compass, and has also been designing and creating three-dimensional objects using the same principles. His major works include the facade glass pattern of the lower level of the Nagoya Building, the Tokyo 2020 Olympic and Paralympic emblems, and outdoor sculptures for the Otemachi Park Building. He has been a part-time lecturer at the University of Tokyo Faculty of Engineering since 2016, a part-time lecturer at the University of Tokyo Faculty of Liberal Arts since 2018, and a visiting professor at Miyagi University from since 2019. 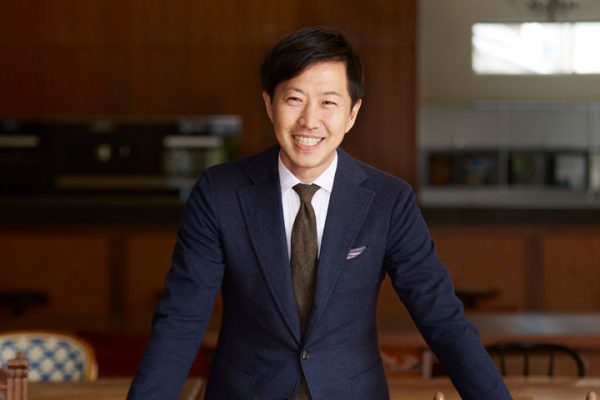 Born in Tokyo in 1974. Spent his childhood in Kamakura and Kanazawa. Completed Master’s program in Architecture at the Graduate School of Science and Engineering of Meiji University in 1999. Joined Kengo Kuma & Associates in the same year. Established NAP Architects in 2002. The projects he has been involved in cover a wide range of scales and uses, including residential, Sukiya-Zukuri, office, commercial, religious, and public facilities. He has received several awards from the Japan Institute of Architects, including the Award for Excellence in Architecture. He believes in designing buildings that are close to the history, townscape, climate, industry, topography, and nature of the region, as well as the behavior and feelings of the people who live and work there. 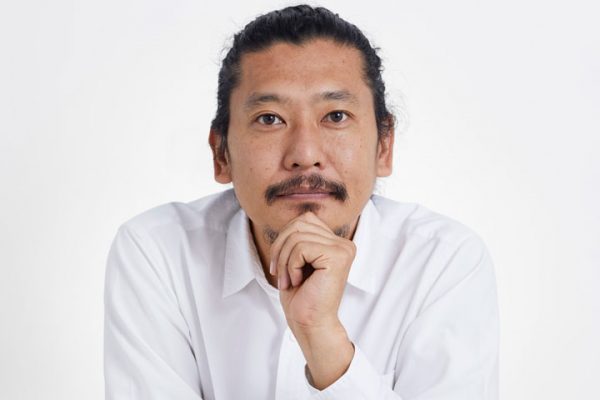 Co-director of MOUNT FUJI ARCHITECTS STUDIO. Born in Shizuoka Prefecture in 1973. In 1997, he graduated from Shibaura Institute of Technology’s Department of Architecture and Civil Engineering. Worked at Kengo Kuma and Associates from 1997-2000. Completed a Study Abroad Program for Artists at J.A.M. LAPENA & ELIAS TORRES Architects in 2001-2002. He worked at Arata Isozaki’s Atelier in 2003. He founded MOUNT FUJI ARCHITECTS STUDIO with Mao Harada in 2004. In 2008, he became an Associate Professor in the Department of Architecture at Shibaura Institute of Technology, and in 2016, became a Professor. He has received many awards in Japan and abroad, such as the LEAF AWARD in 2010 and 2014, the AR AWARD in 2008, 2009, and 2011, the Grand Prize in Architecture in Japan in 2018, the BCS Award in 2018, and the Architectural Institute of Japan Award in 2020. 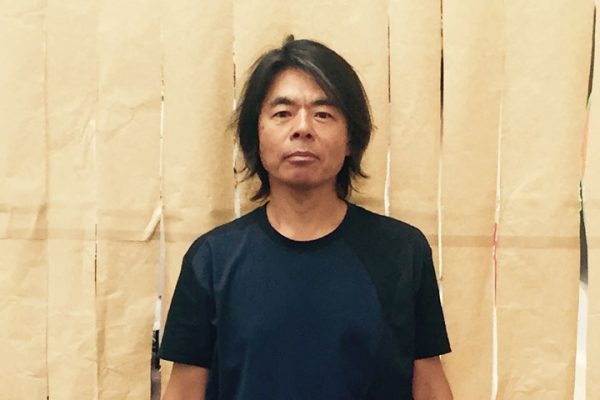 Artist, President of Tokyo University of the Arts

Born in 1958 in Gifu Prefecture, Japan. Graduated from the Department of Design, Faculty of Fine Arts, Tokyo University of the Arts in 1982. In 1984, he obtained a Master’s from of Tokyo University of the Arts’ Graduate School. Awarded the Grand Prize at the Graphic Design In Japan Exhibition in 1982. Participated in the Sydney Biennale in 1986, and was the Artist for the Japanese Pavilion at the Venice Biennale in 1995. In 1999, he was awarded the Mainichi Design Award. He received the Minister of Education, Culture, Sports, Science, and Technology’s Art Promotion Prize in 2015. He has been involved in art that makes use of regional characteristics in various parts of the world, including the Day After Tomorrow Morning Glory Project (2003-), Asia Daihyo Nihon (2006-), and the Setouchi Museum of Seabed Inquiry (2010-). Since 2014, he has been overseeing the art project “TURN,” which aims to realize a diverse society based on the value of art that sees differences as individuality. In 2017, TURN was invited to participate in the Biennialsur and the Havana Biennial, held in South America. Hibino is currently President of Tokyo University of the Arts, Director of the Gifu Museum of Fine Art, and Director and Chair of the Japan Football Association. 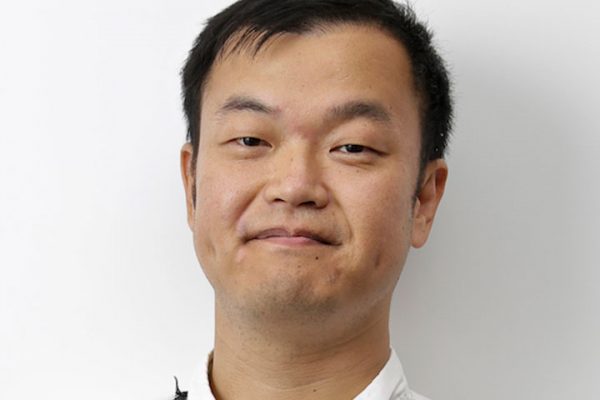 Associate professor at Yokohama National University’s Graduate School of Architecture. President of Fujiwarwa Teppei Architects Lab; Drifters International Board Member; UBE BIENNALE Committee Member and Judge. Born in Yokohama in 1975, he graduated from the Yokohama Graduate School of Architecture, and worked at Kengo Kuma and Associates from 2001 to 2012. He has been a member of the Board of Directors of Drifters International since 2010, an associate professor at the Yokohama National University’s Graduate School of Architecture since 2012, and is the head of Fujiwara Teppei Architects Lab. His major works include Double Circle in Todoroki, Yoyogi Terrace, Inamura no Mori no Ie, and Nasu Shiobara City Town Center Kururu. He is the author of “7-Inch Project <#01> Teppei Fujiwara”. His awards include the Yokohama Culture Award Art Encouragement Award, and the Japan Federation of Architects & Building Engineers Award, among others. 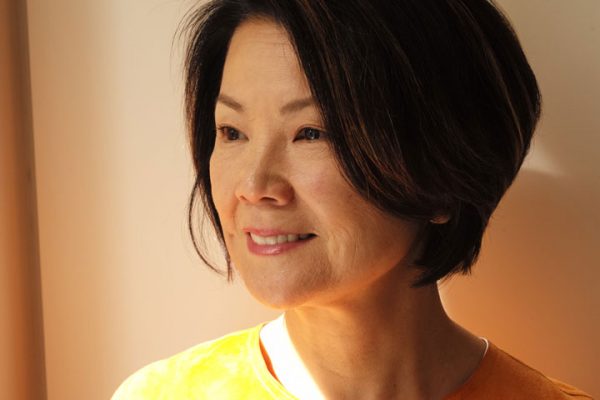 Toshiko Mori (Architect, professor at Harvard Graduate School of Design) Established Toshiko Mori Architect PLLC in 1981. Graduated from Cooper Union Irwin S. Chanin School of Architecture in 1976. Appointed as tenured professor at Harvard Graduate School of Design in 1995. Chair of the School of Architecture at Harvard University between 2002 and 2008. Co-founded PARACOUSTICA, a non-profit organization dedicated to bringing music to remote areas in 2013. Awarded the ACSA Topaz Medallion for Excellence in Architectural Education Award in 2019. Won Architectural Record’s Women in Architecture Design Leader Award in 2019 . Won the first FIBRA Award Grand Prix in France in 2019. Member of the American Academy of Arts and Sciences and the American Academy of Arts and Letters honor society. Received the Louis Auchincloss Prize from the Museum of the City of New York in 2020. Selected as one of the 50 Japanese people who are changing the world by Nikkei Business Magazine. Selected as one of the 100 most respected Japanese people in the world by Newsweek Japan. 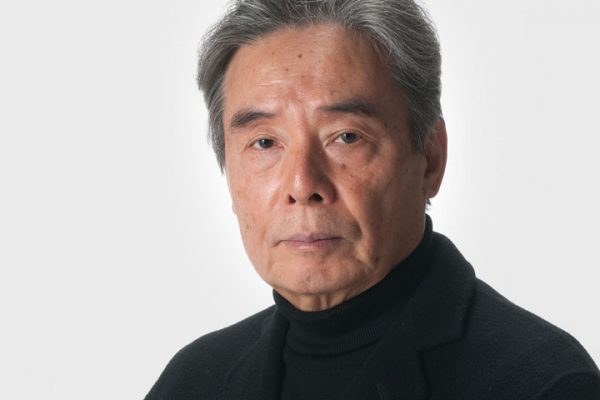 Chair researcher and design advisor to the town of Higashikawa

Born in 1946 in Kochi Prefecture. Graduated from Osaka University of Arts. He has been a professor at the Faculty of Art and Design at Hokkaido Tokai University since 1994. After serving as the director of the Institute for Northern Living, he became a specially appointed professor, and then a professor emeritus at Tokai University in 2015. He also became Higashikawa’s Design Advisor in 2015. He has received 26 awards for his work in advertising, including the Danish Furniture Award in 1997, an appointment as the Honorary Director of the Danish Finn Juhl Association in 2012, and the first Hans Wegner Award in 2015. He was also awarded the first Hans Wegner Award in the same year. In addition, he also received the second Yasushi Inoue Memorial Culture Award Special Prize. He is the author of ” Hans J. Wegner ’s 100 Chairs,” “Danish Chairs,” ” A Complete Illustrated Collection of Fine Chairs,” “Finn Juhl: The World of Finn Juhl,” “200 Chairs,” and other works.

Pre-registration is closed as of February 28th, 2022.
Thank you very much for your registration.

Pre-registration is closed as of February 28th, 2022. Thank you very much for your registration.